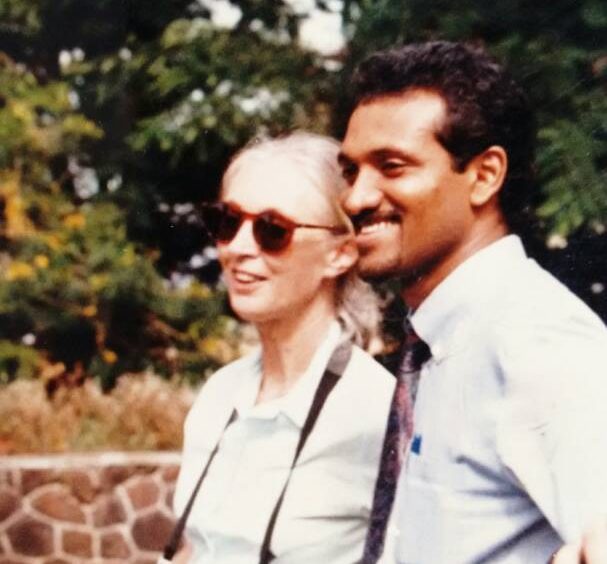 By 1993, more than half of the 55 chimpanzees seen in Freetown in 1989 had disappeared or been killed, and Bala had two chimpanzees (Bruno & Julie) at his home. As there was no prospect of returning these chimpanzees to the wild, a more permanent and suitable home would have to be found for them.

Bala then contacted a leading British primatologist, ethologist, anthropologist and UN Messenger of Peace, Dr. Jane Goodall for advice about the future of the two chimpanzees. Arrangements were eventually made for the chimpanzees to be relocated to the Chimfunshi Wildlife Orphanage, a chimpanzee sanctuary in Zambia.

Then, one day as Bala was driving, he saw two other chimpanzees offered for sale in Freetown. It suddenly dawned on him that the solution was not to send chimpanzees to another country to be cared for – the problem had to be solved within Sierra Leone itself.

Thus, the seed was sown for the idea of a chimpanzee sanctuary in Sierra Leone!