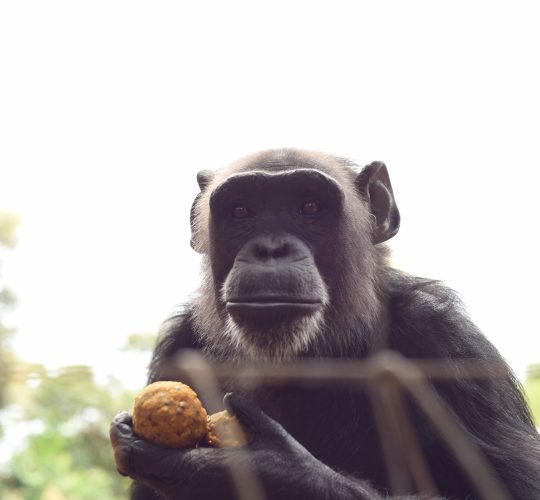 Pieh came to us under a year of age in 2000. Purportedly the infant's mother was "completely drunk" on palm wine and abandoned the infant. When the owner came to check on his palm trees there was no palm wine, but there was the baby chimpanzee. He took the baby to town to sell as compensation for the missed wine. The new owner was a police officer who decided to let Pieh grow up so he could get more money for her. The police officer kept her for 3.5 months until he watched a programme on television, contacted the Conservation Society of Sierra Leone and decided he wanted to honourably hand over the chimp to the sanctuary. She is named after Sengbeh Pieh, a Sierra Leonian warrior. Pieh is now best friends with Marion, and is one of the gentlest chimps at Tacugama. She loves avocados and loves to spend hours being groomed.