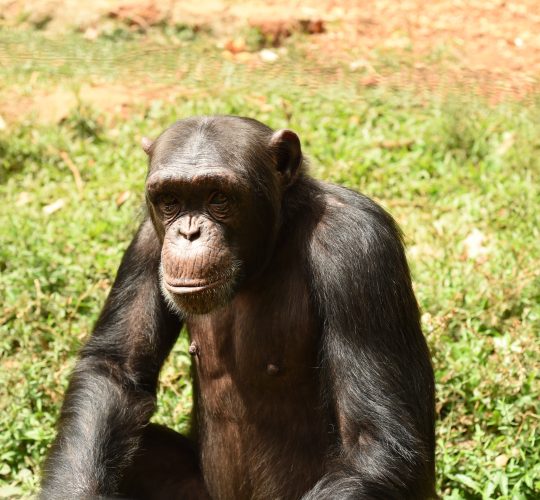 Josephine was 2 when she came to Tacugama in 2004. She was kept by a man in Kailahun for about three weeks after purchasing her from a hunter who killed her mother. This man purchased the chimp from a hunter who killed her mother. She was rescued by an MSF worker in the area who noticed she was wounded. Josephine is a dominant female in the group, and will often chase humans away as she is not fond of human interaction. She does like to be maternal with youngsters such as Fina.