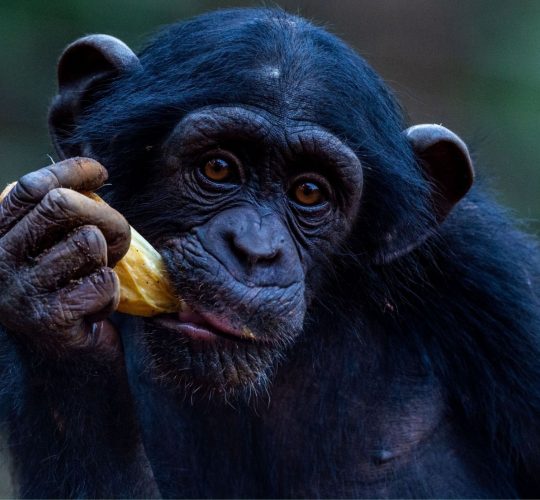 Flavour arrived in Tacugama in December 2017 from Pujehun district. His family was killed by hunters in the illegal bushmeat trade. He was only 4 months old when he arrived at the sanctuary, very weak and malnourished, but with his cute 6 tooth smile and his big ears, he melted the heart of everyone and got a lot of new friends. Flavour likes to spend most of his time with Ana, who is the same age. He even goes with her in the hammock at night because he hates sleeping alone.