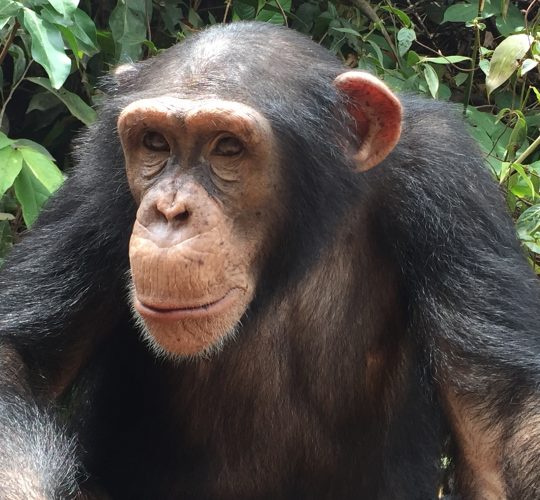 Duncan was born to Mumma Lucy in 2011. Unfortunately his mother died suddenly in 2014, and he has since been adopted by alpha male Jazzy and Nyanda, Suzan and Mimi as aunties. He is a very naughty boy, and loves to throw objects, poop, whatever he can get his hands on, at visitors and passers by, just to get a rise out of them! However, Nyanda often keeps him in line when he misbehaves too much!!