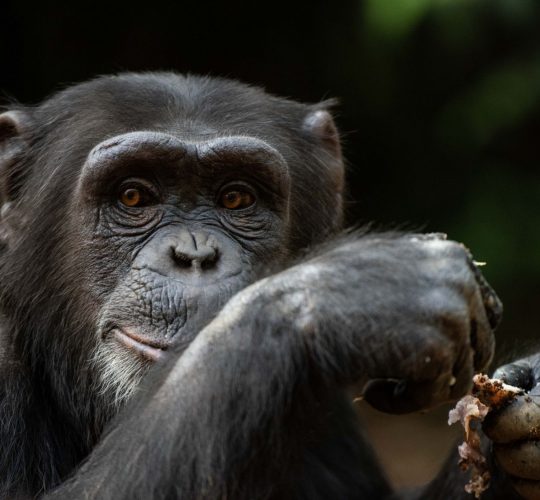 Chica arrived in Tacugama in February 2006 when she was around one year old. She was brought by a man who had bought her from poachers but eventually handed her over to the sanctuary after hearing it was illegal to own a chimpanzee as a pet. As soon as she had recovered from her wounds, Chica was allowed to join the infants group, then got integrated to a new group. Chica is one of the most curious chimps at Tacugama. If you can’t find her around, search for her best friends : Basma, Banya and Gabie, or look up high in the trees, she is probably monitoring when the food is on its way!