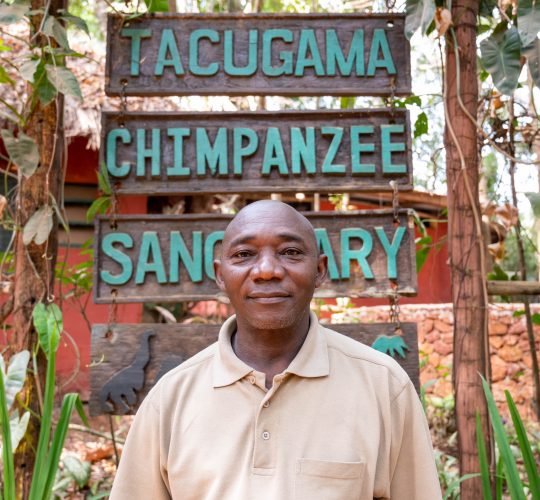 Willie, respectfully and affectionately known as Pa Willie around the camp has been with Bala from the initial days when the EU was conducting a feasibility study to decide if they wanted to set up the sanctuary. Willie is as much a part of Tacugama story as the founder Bala and risked his life during the civil war on several occasions to ensure the safety of the chimps. Willie along with Bala wrote SOS on the roof of one of the buildings to avoid being mistakenly bombed by the UN air strike. Refusing to be tied to an office desk to take up a management role, Pa Willie is never far away from the chimps and is now the Camp Supervisor, overseeing all animal care and patrol teams, amongst other duties. Willie received the Disney Conservation Hero Award in 2009 for his valiant work and dedication to the sanctuary. The award recognizes local citizens for their tireless efforts to save wildlife, protect habitats and educate communities.