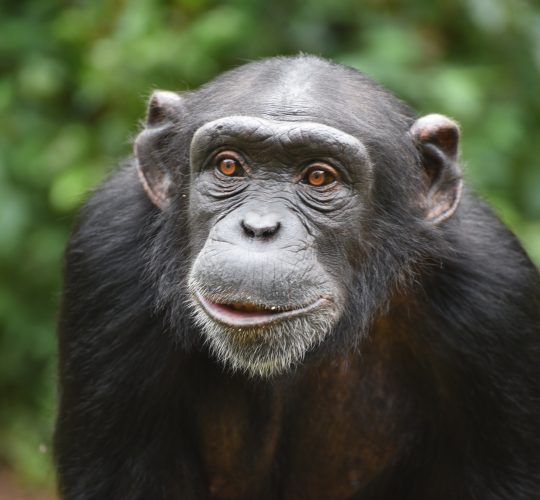 Tombo was confiscated in 2007 at the age of 1. A woodcutter claims that while he was collecting wood, three adult chimps were frightened away and left their baby behind. This man had the chimp for four days, and then was then trying to sell her for Le 70,000. Tombo is a sweetheart, and is the lowest ranking chimp in the group. She often found comfort in her best friend Gaura, who passed away recently. Since then, Tombo has had a difficult time, and although she has friends, she can often be found on her own.