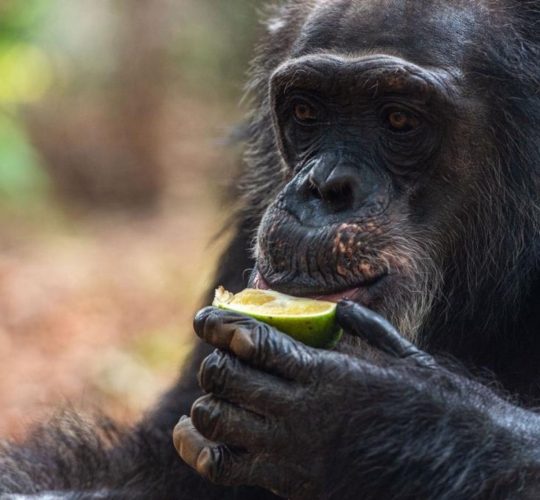 Tom is our oldest chimpanzee, He arrived in Tacugama in 2013. Tom was kept in a cage next to a house for 30 years! and his owner decided to hand him over to Tacugama after he was informed of the illegality of keeping a chimp as a pet. Tom has had a lot of difficulty integrating at Tacugama, he didn't know he was a chimp and suffered from psychological trauma. He did not know how to climb or defend himself, and was often getting beaten up by more dominant males. However, he finally found a friend to call his own in Nico, the boys' club who spend hours playing with each other. Tom has even been seen going up on some of our climbing structures on rare occasion, and he loves to watch and play with his fingers! He is now the hoot of wisdom in our sanctuary.