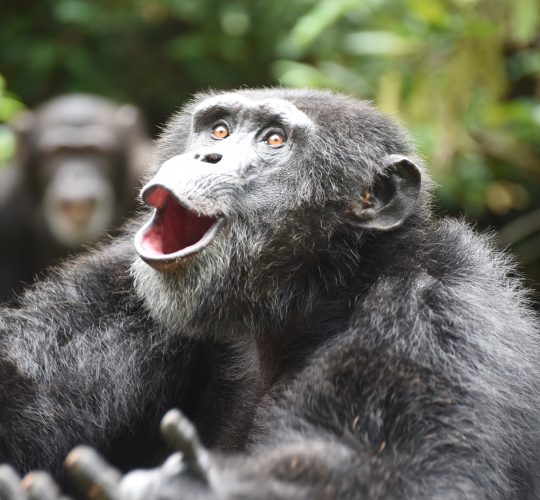 Tito is one of the original chimps of Tacugama, who arrived in 1995, at the age of 5. The previous owner was the Sierra Leonean head of state (Mada Bio) who abandoned the chimp in his mansion. The chimp was found with another chimp named Jackal who died two months after they were rescued. Their history is filled with alcohol and nicotine consumption as well as much physical abuse. Tito now successfully leads his own group of adults and youngsters and is a very political leader, leading through strategy rather than force. He is allied with the strongest ladies in the group - Suzie, Gabie, and Sita.