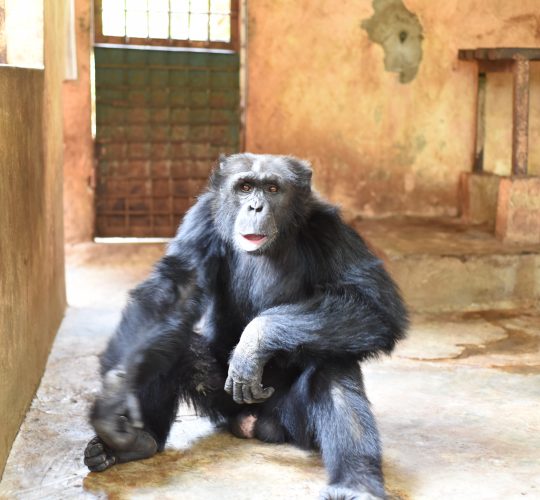 T.J. Chota, affectionately known as Chota, arrived in 2002 with Jazzy and Babou. They were bought from a local by a Pakistani commander who was stationed in Koidu, and kept them for 8 months. The U.S. Embassy assisted with a helicopter to rescue these chimps. Chota is unique in that he shares the role of alpha male with Jazzy. Chota is the true alpha, and the largest in the group, however he is physically disabled after suffering from a neurological disease early in life that causes him to drag his limbs. He loves females, and still commands access to the ladies in the group despite his condition, but does share leadership with Jazzy. Chota is still able to climb and do all the things chimps do, he's just a little slower than most!