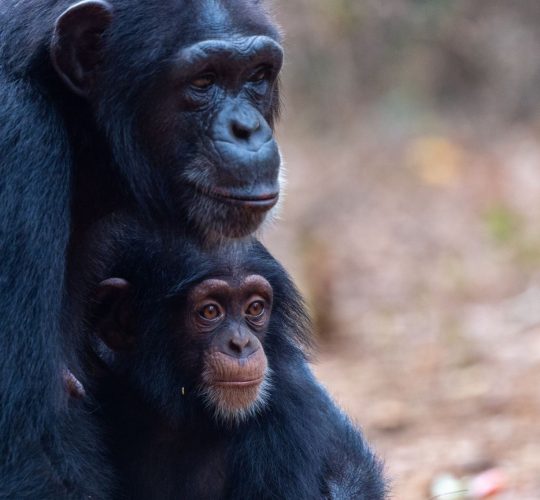 Somebody arrived in Tacugama on February 2013. She was caught in a snare close to Makeni, then sold to a couple who moved her to Bo. They kept her for almost two years, until they visited the sanctuary and realized she would have a better life with her peers. Somebody was already 6 years old when she was rescued, but despite her handicap she learnt how to be a very skillful chimp. She is now mother to Someone, a young male chimp born towards the end of 2019. Despite his birth being a contraceptive failure, everyone in the sanctuary – both chimps and humans – have fallen in love with this new chimp addition.