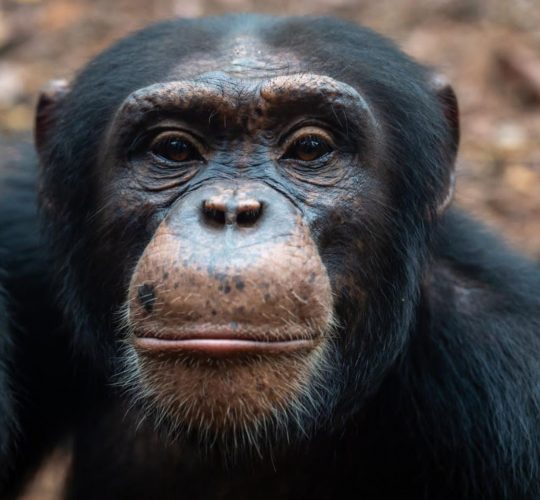 Perry arrived in Tacugama in May 2011 from the town of Port Loko. He was in a very poor condition and only weighed 1,70 kg, spreading concerns within the Tacugama team as to whether he could make it and survive. With a lot of good care, Perry has grown into a dominant young male and now weighs 42 kilos ! He loves to do impressive displays along his enclosure front to prove his abilities as a high-ranked male. You will often spot him running, clapping and making big hoots to show off.