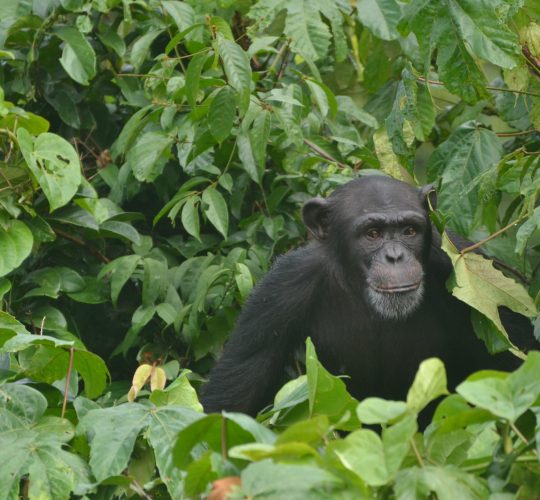 Gola originated from the Gola Rainforest, and was sold to a Lebanese man in Kenema before arriving to Tacugama at 2 years old in 2006. She is part of Jerry's group, who joined with Zack's group in 2017, and is often found with her girls Jerry and Jerusalem. She does not like people, and likes to keep to herself, choosing which chimps she will allow to interact with her! She is very maternal, and will often be an auntie to little ones.