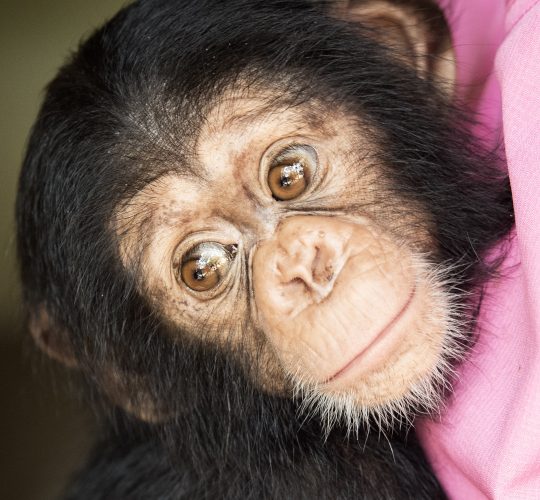 A friend of Tacugama called Mr Coker rescued Caesar. Mr Coker confiscated Caesar from some people at Congo Cross Bridge in Freetown. They had disguised him as a human baby, by putting him in a hoodie, and were trying to sell him. Caesar was handed into Tacugama Febuary 2019 when he was only 10 months old. Caesar is a very small chimp but thinks he is a big alpha male, displaying and screaming a lot. He likes to hang out with Monroe who is the largest chimp out of the babies.