As a result of the efforts made by Tacugama, in 2019 the government of Sierra Leone declared the Chimpanzee as the National Animal and the face of tourism of Sierra Leone – the first country in the world to do so. This was a major milestone for which our sanctuary worked towards for many years.

Tacugama is launching a multi-year campaign to engage Sierra Leoneans of all ages and backgrounds to fully embrace this pioneer declaration and protect,  respect, and learn about this critically endangered great ape. The impact of this campaign will be  amplified by momentum built through Tacugama’s multilateral community outreach programs, and  through local and international partnerships with like-minded organizations and individuals.

The campaign is an opportunity to encourage national pride behind Sierra Leone’s National Animal, the Chimpanzee, as a symbol of the country’s strength, stunning natural beauty, rich biodiversity and resilience.

Ongoing informal surveys conducted by Tacugama indicate that many Freetowners are unaware of  the Chimpanzee’s status as the National Animal. With an estimated 5,500+ remaining Western  Chimpanzees in Sierra Leone and continued deforestation, poaching for bushmeat, and an ongoing  pet trade, it is critical to reach Sierra Leoneans in the endeavor to protect our national symbol.

The inaugural Chimp Week will feature as  one of the key events in Year 1. This festival week will harness the power of chimp focused family-friendly activities, cultural events, competitions, workshops, & more to  inform and excite Freetowners about the  power of the Chimpanzee!


It is through your support that we can raise awareness amongst Sierra Leoneans about their National Animal and further protect countless wild Chimpanzees. On behalf of Tacugama Chimpanzee Sanctuary, we thank you for supporting the Chimpanzee National Animal Awareness & Protection Campaign! 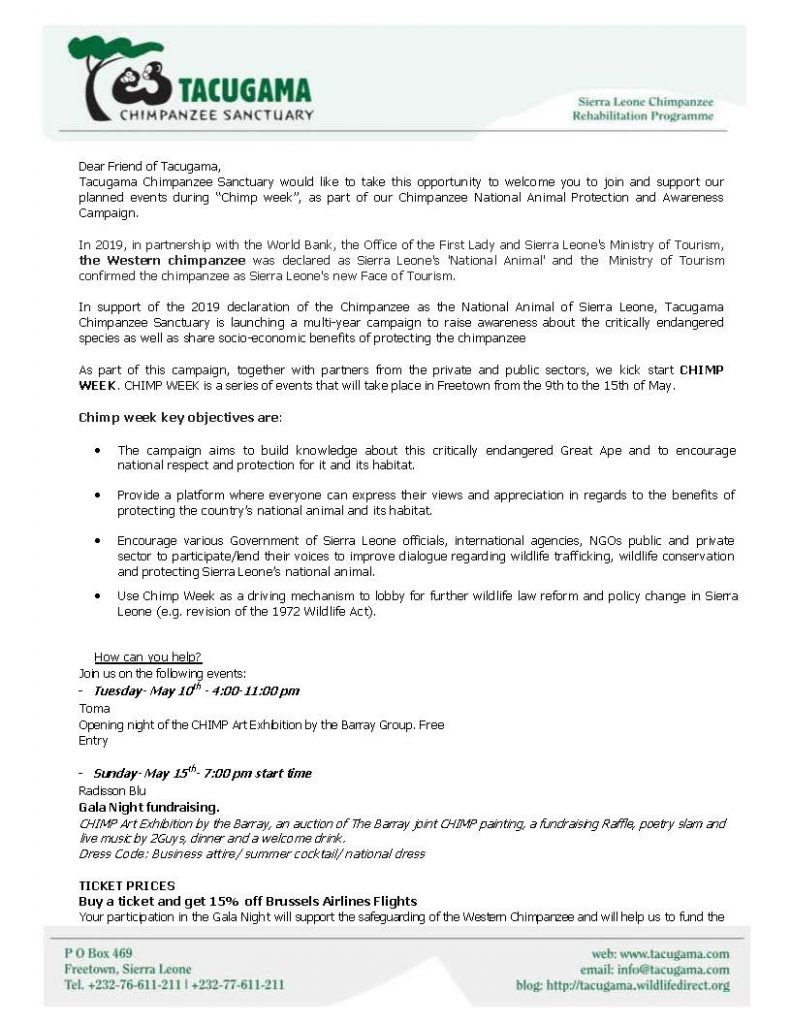 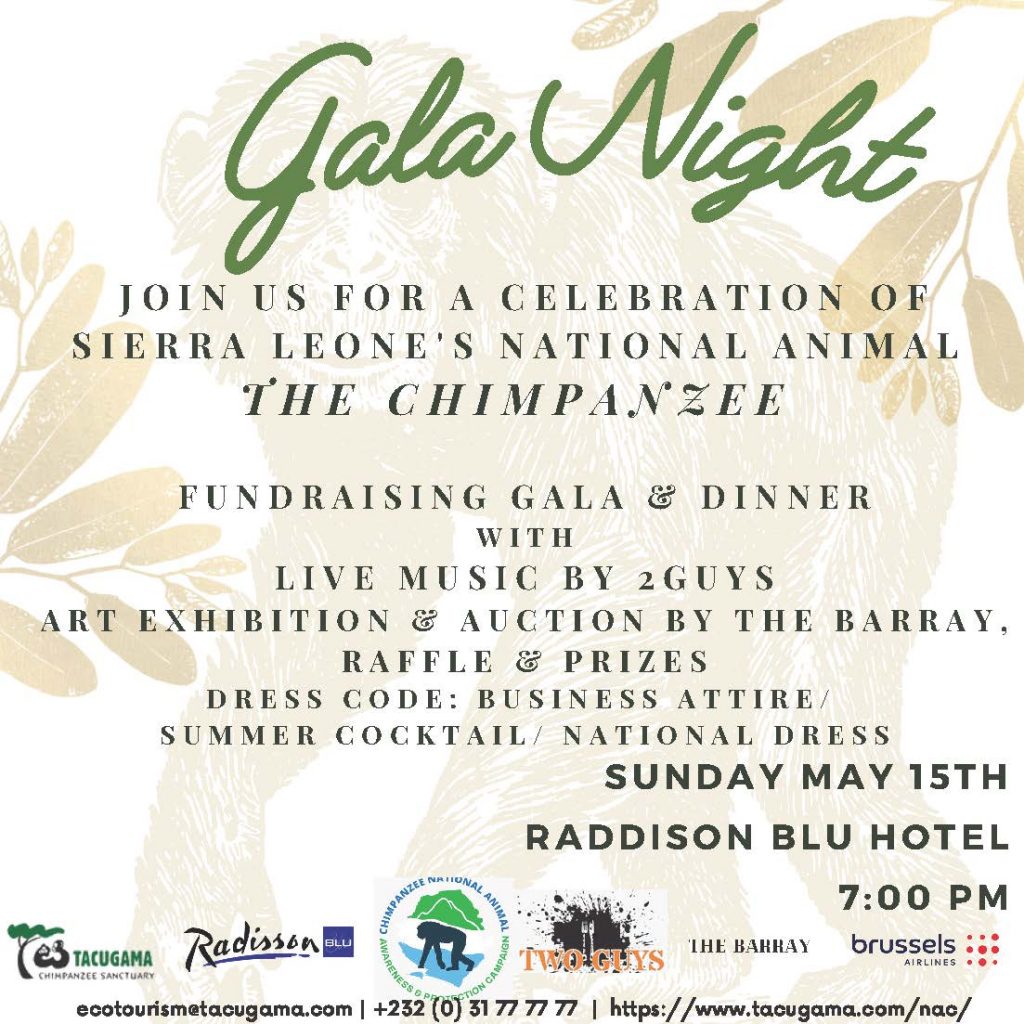 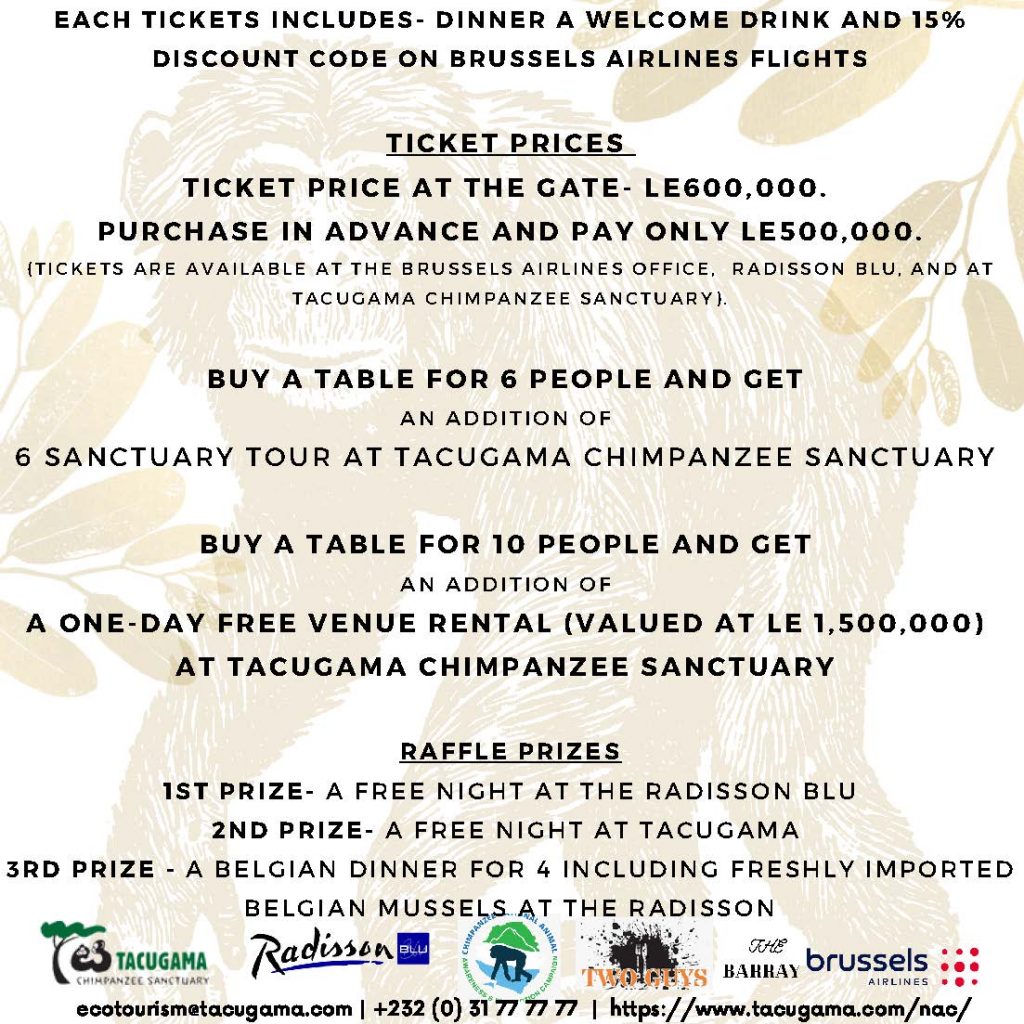 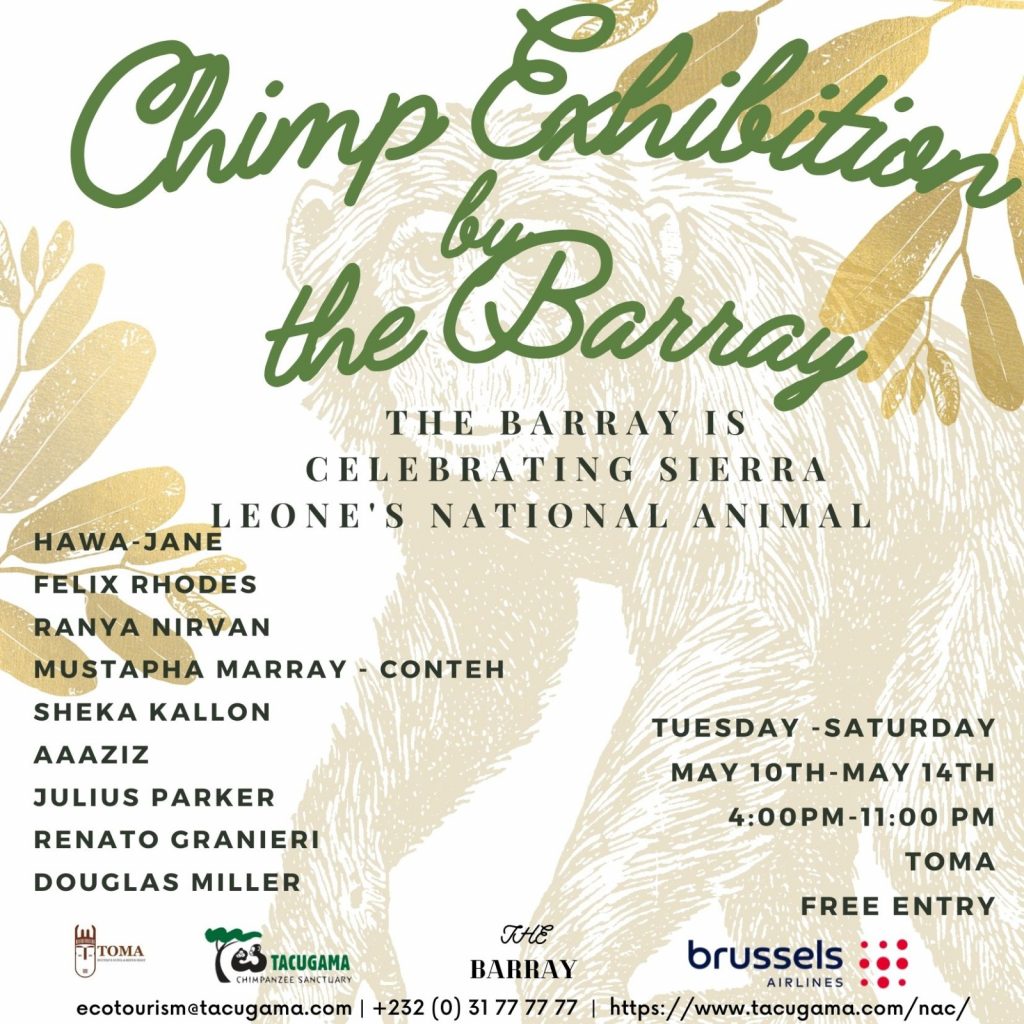 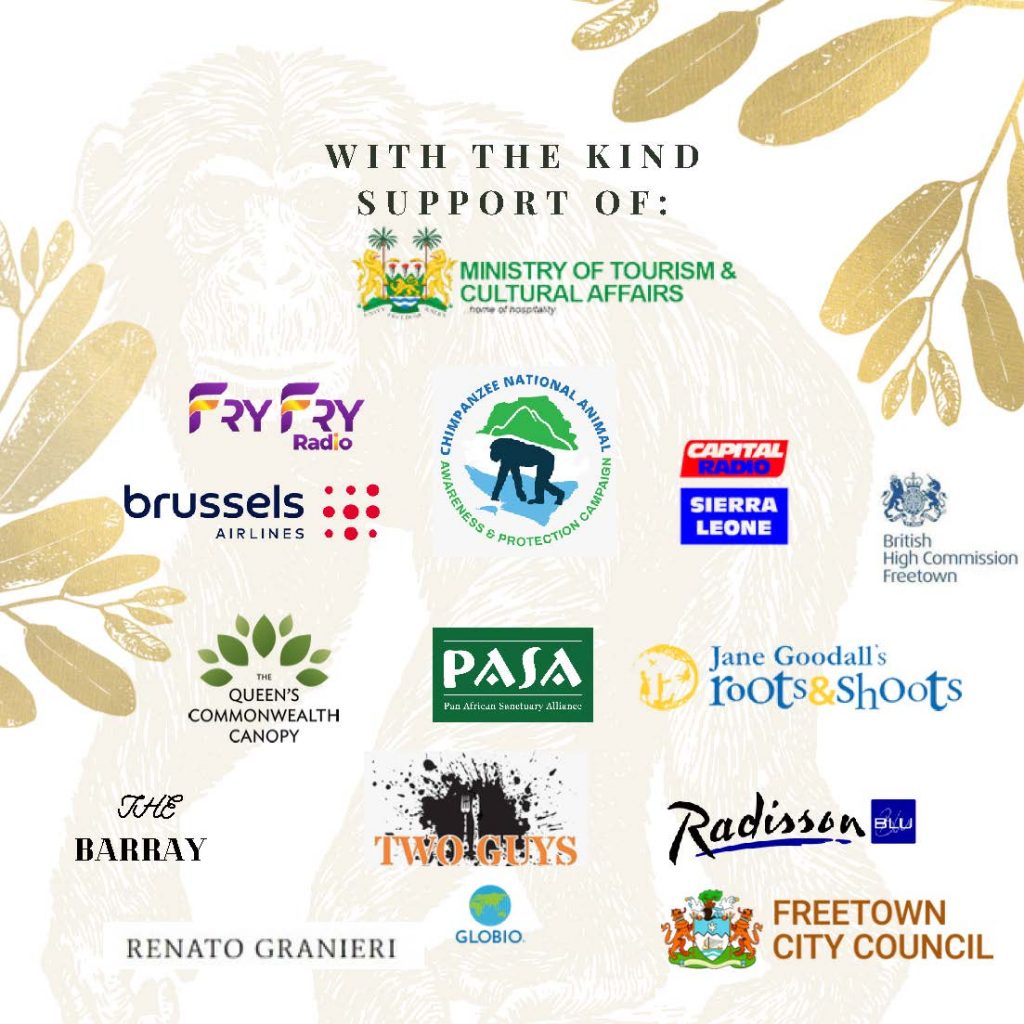 The CNAAPC is supported through a partnership between Tacugama and GLOBIO.