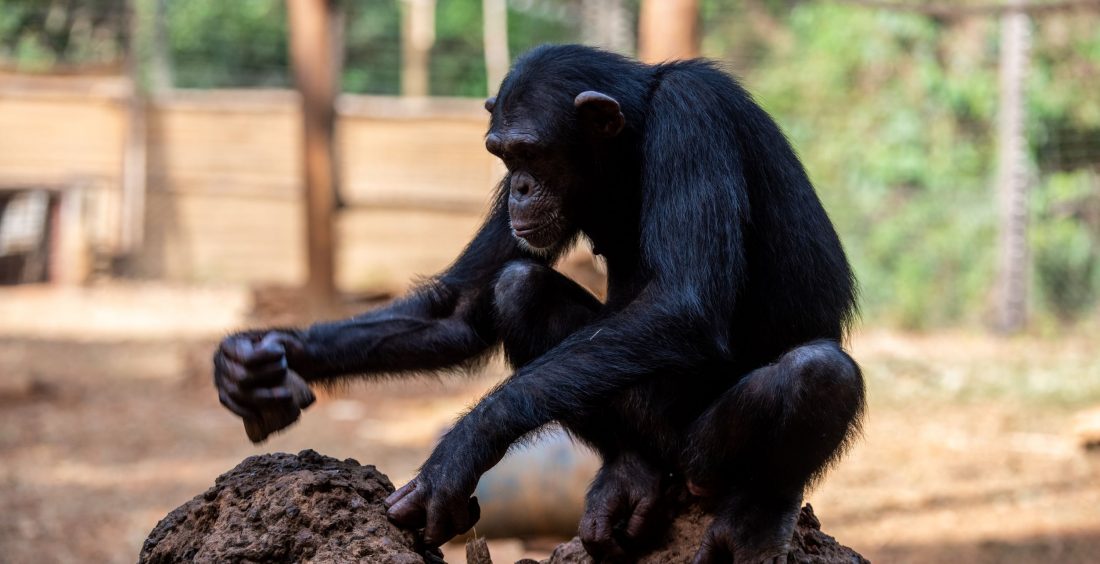 The Management and Staff of Tacugama Chimpanzee Sanctuary (TCS) want to use this opportunity to wish you all compliments of the season. 2022 has been a milestone year for us at TCS. We saw the launching of the Chimpanzee National Animal Awareness and Protection Campaign (CNAAPC) in May 2022. This campaign helped us to reach out to more Sierra Leonean people, and it was a platform for the people to know about the status of Chimpanzees in the country. Despite the launch of the National Animal Campaign and our numerous community engagements, we continued to receive chimps at the sanctuary. In 2022, we had a total of nine (9) chimp rescues, all of which were baby chimps. The many rescues only indicate that a lot of other older chimps had been killed in order to capture the baby chimps. That is why we often engage communities that are in close proximity to chimpanzee population in order to prevent these precious animals from extinction (disappear from the face of the earth). It is our collective responsibility to ensure that Chimpanzees are protected in Sierra Leone because they are our National Animal and are also similar to us humans. TCS has the Tacugama Community Outreach Program (TCOP) which has been very instrumental in terms of keeping chimpanzees and other wildlife safe in their natural habitat. TCOP is actively working in seven (7) districts (Moyamba, Pujehun, Bombali, Tonkolili, Falaba, Koinadugu and Western Area) across the country. This department works with rural communities towards achieving sustainable natural resource management and wildlife conservation. TCS does not only protect the chimps at the sanctuary, but also those that are living in the wild. That is why through our various projects and partners, we engage communities and provide livelihood programs for their inhabitants. Protecting wild chimps and other wildlife greatly contribute to the continuity of their existence in Sierra Leone. Highlights of community projects for the year 2022 will include the different national parks that we are currently operating.

Tacugama Chimpanzee Sanctuary has been working in the LMNP (the park with one of the highest densities of wild chimpanzees anywhere in West Africa) since 2018 and has since established a network of community bio monitors from 21 forest-edge communities. TCS provides livelihood support for all 21 communities around the park. This includes distribution of seeds, tools and domestic livestock. TCS has also planted over seventy thousand (70,000) tress around the park over the last two years. These tree planting exercises are geared towards protecting the largest population of Western Chimpanzees in West and Central Africa; thereby, saving these magnificent species from extinction. 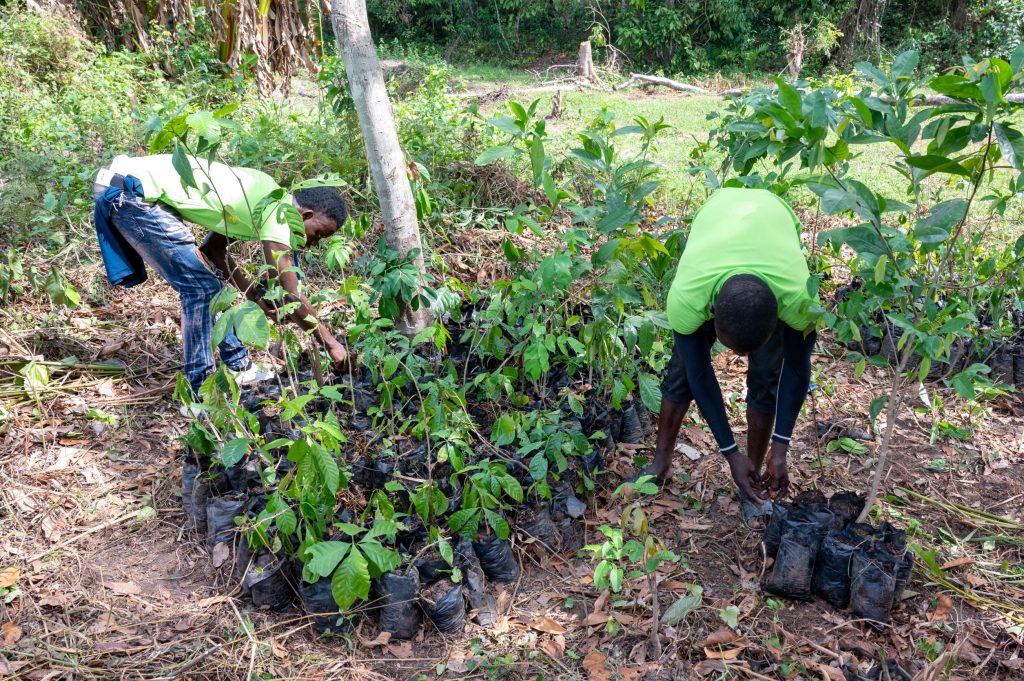 OKNP is currently part of the Outamba Kilimi Kuru Hills and Pinselli-Soya (OKKPS), a new project with funding from the European Union (EU) in collaboration with Wild Chimpanzee Foundation (WCF). The project covers several areas on the southern site of Guinea and the northern site of Sierra Leone. The first (1st) year of the project saw wildlife survey of OKNP and Kuru Hills, as well as meeting with communities and establishing a good relationship with them. The project has implemented environmental education and recruited local community members to be part of the team. TCS is concerned about the rate of illegal logging and hunting around the park, but we are hoping to win over the community people for a better future for all (wildlife and humans).

WAPNP is the location of TCS. The park functions as a habitat for many species of wildlife, including Western Chimpanzees, African Civets, Genets and several species of monkey. There are nine rangers who conduct daily morning and afternoon patrols in the Western Area. The rangers consist of six (6) NPAA rangers and three (3) Tacugama rangers. During the patrols, they look out for signs of wildlife and human activity in the park, and enter the information they gather in a special application called SMART. However, TCS is concerned about the ongoing high rate of land grabbing and deforestation in the park. TCS needs help from everyone to ensure that the park is protected against intruders. We need the support of every Sierra Leonean because Tacugama cannot do it alone. With your support we can make Sierra Leone safe for Chimpanzees and countless other species. TCS will continue with its different conservation projects and community outreach to ensure that we safeguard chimpanzees living in the wild. Let this statement be a constant reminder to all of us that “Threat to wildlife protection is a threat to environmental security which can ultimately affect us all.” 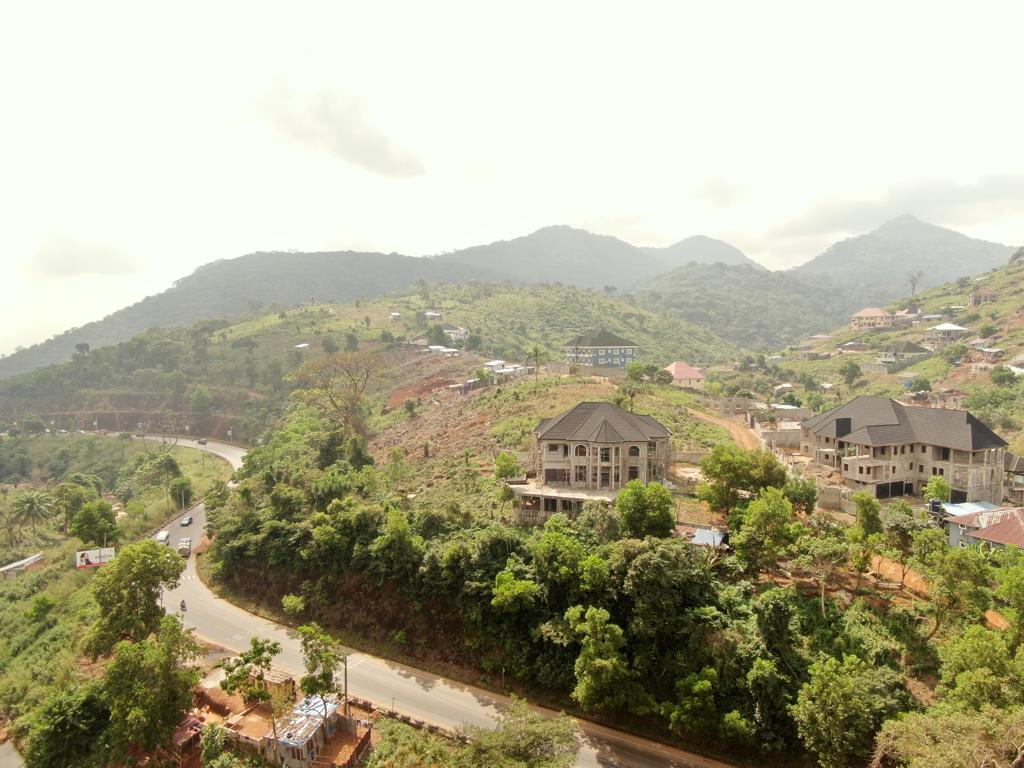