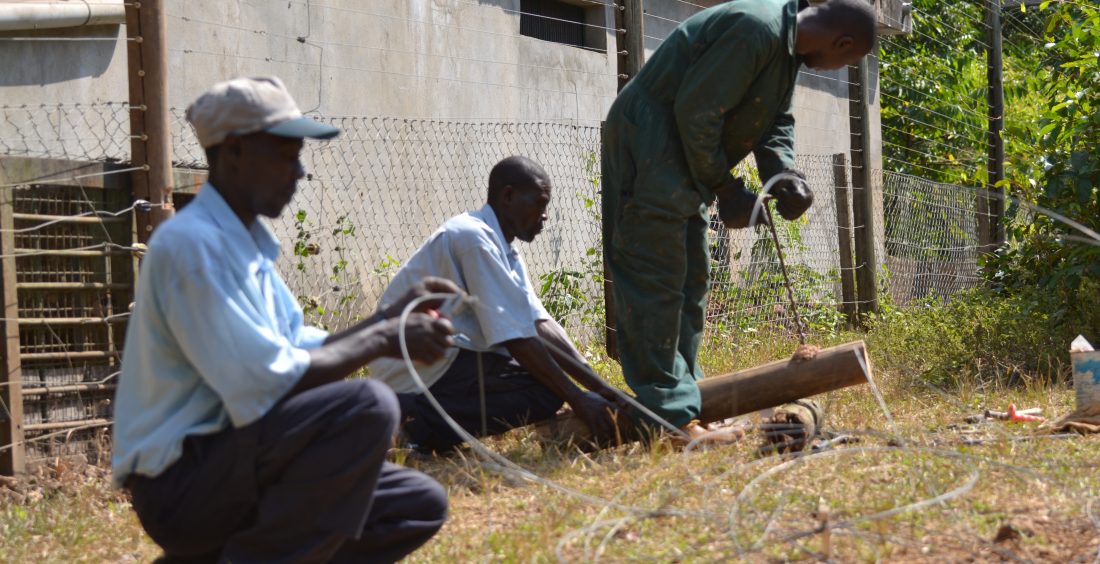 Four additional enclosures and dens were built in 2004 to accommodate the increasing number of resident chimpanzees. Jaguar’s group, a group of young chimpanzees, were released into one of the new enclosures. The release was filmed to create the third documentary: “Bala, the Friend of Chimpanzees”, which was aired in France.