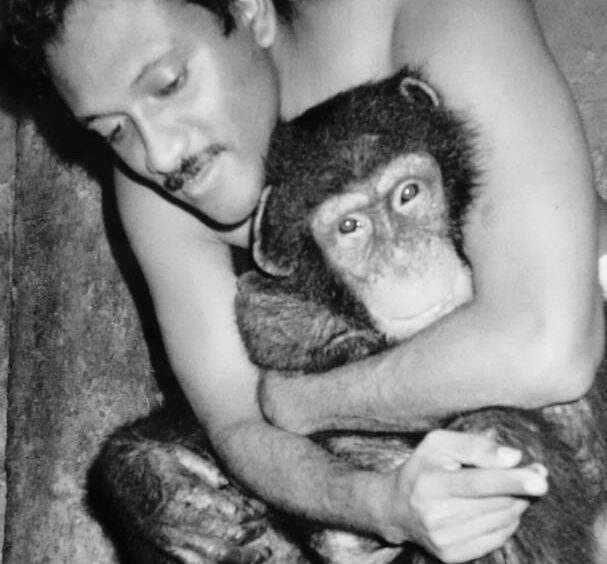 Bala Amarasekaran and his wife Sharmila were travelling through a village about 150 miles north of Freetown when they saw a weak and sick baby chimpanzee offered for sale. The animal lovers paid $20 for him suspecting that if he was left without care much longer, he would probably die. Like most people, Bala and Sharmila knew very little about chimpanzees; let alone how to care for a tiny infant. However, with care and attention, the little chimpanzee began to recover and was named Bruno.

The reason for the name was that on the day Bala and Sharmila bought Bruno, Frank Bruno was fighting Mike Tyson for the boxing world heavyweight title.

For one year, Bruno lived inside Bala and Sharmila’s house, free to roam and get into mischief. As he grew he became more destructive, so Bala had to build him a cage located in their garden. As their knowledge about chimpanzees grew, so did their realisation that there were many more chimpanzees in appalling conditions around Freetown.