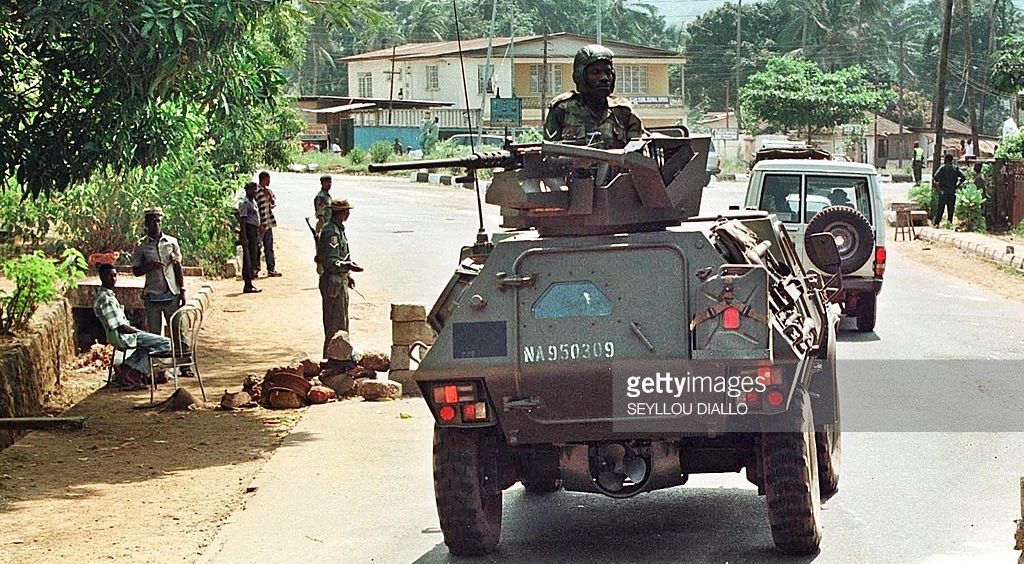 A few weeks after WSPA’s visit, rebel forces made another attempt to overthrow the government, and on January 6th 1999, rebels once again advanced on Freetown.

Heavy fighting ensued in the capital and more than 3,000 people were killed and many others mutilated in the in the following weeks.

The staff once again hid close to the sanctuary, getting what food they could for the chimpanzees. Bala was fortunate to be living in a part of Freetown that remained under the protection of ECOMOG forces allowing him to stay in Sierra Leone despite the ongoing war. Within days of the coup starting, and during a curfew, Christo fell sick with tetanus and Bala was forced to break into a pharmaceutical store to obtain the life saving drugs. One of the deceased was sadly Mr. Prince Palmer, the chairman of the Tacugama Sanctuary steering committee.