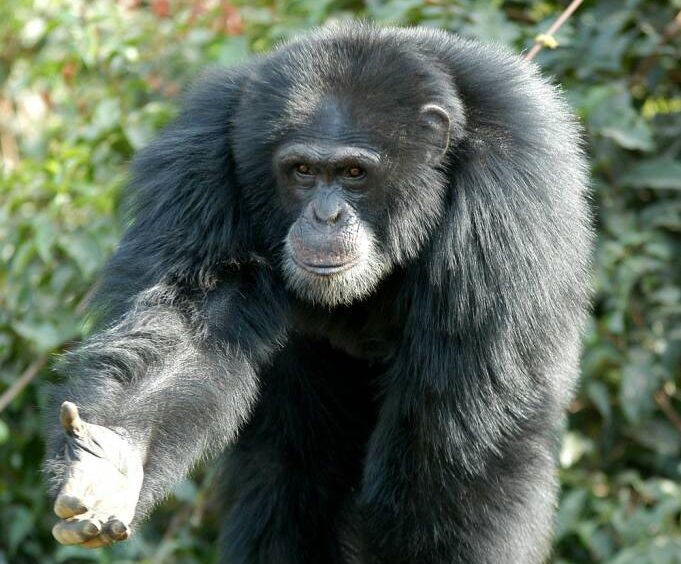 Tacugama made a big step forward in 2000, when three electric fenced enclosures, dens, a food storage room and office were constructed. Bruno’s was the first group of the chimpanzees to be released into the enclosure. Furthermore Tacugama, together with 17 other African Primate sanctuaries, formed an alliance, the Pan African Sanctuary Alliance (PASA).

The complete disarmament in 2001 marked the end of the civil war and led the country to peace. Many young chimpanzees were brought from up-country to Freetown, mostly to be sold as pets to Peace Keeping Operation soldiers and expatriates. As Tacugama’s active sensitisation on the illegal chimpanzee pet trade continued, many pet chimpanzees were soon confiscated, and this doubled the number in the sanctuary’s care.

The first documentary on Tacugama, entitled “Forest of Hope”, was filmed, documenting the amazing white chimpanzee Pinkie, and her introduction to Bruno’s group. Due to the media attention, another documentary, “Chimpanzees Under Fire” was filmed to update the on-going activities at the sanctuary.

By 2003 Tacugama had a basic resource centre, a quarantine clinic for new arrivals, and a food preparation room, thanks to funds from the European Union, the National Authorising Office and Animal Planet.